On average, about one in three homes are affected by termites. Many factors influence this, such as whether a home sees annual pest inspections, what the year’s weather is like, and what the house is made from. Despite the number of precautions that can be taken to prevent termites, a lack of visible signs is not necessarily a good thing. Termites generally remain out of sight and the damage that they inflict on wooden foundations and fixtures takes some time to amass into something immediately dangerous or unstable. This makes it easy for termites to go undetected for weeks, months, and even years! 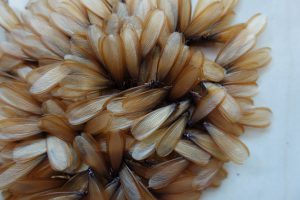 There are a few telltale signs that can be used to determine the presence of termites. These include:

There are, of course, other signs of termites that include the damage they leave, but visible signs of damage around the property usually means a termite colony has been on the premises for some time. It is, therefore, crucial that you remain on top of your annual pest inspections. If termites are lurking in your home, this is the surest way to locate them before the problem becomes difficult to manage. Dunrite Termite & Pest Control offer free quotes, which include queries for yearly pest inspections. Don’t hope for the best! Get things done once, Dunrite.