While a lot of people think that rats and mice are very similar to one another, that’s not really the case. The truth is that both mice and rats are actually quite different to each other. During the colder months you can encounter some of these pests, so it’s important to understand the difference between these animals.

You can find more than 70 rat and mice species in North America. Most of them are part of the Muridae family, and this is the largest mammal and rodent family in the world. The house mouse has small feet and heat, large ears and a pointed snout. They can also have a light brown body and some gray shading, as well as a darker tail.

The Norway rat has short years, a blunt snout and a heavier, thicker body. Roof rats are slender and light, and they don’t really have any hair. They also have a gray body with a bit of a black shading and a very shaggy coat.

Generally, mice are very curious and they will always try to investigate new things. This is important for them because it’s a part of their own style and who they are. Rats on the other hand are a lot more cautious. 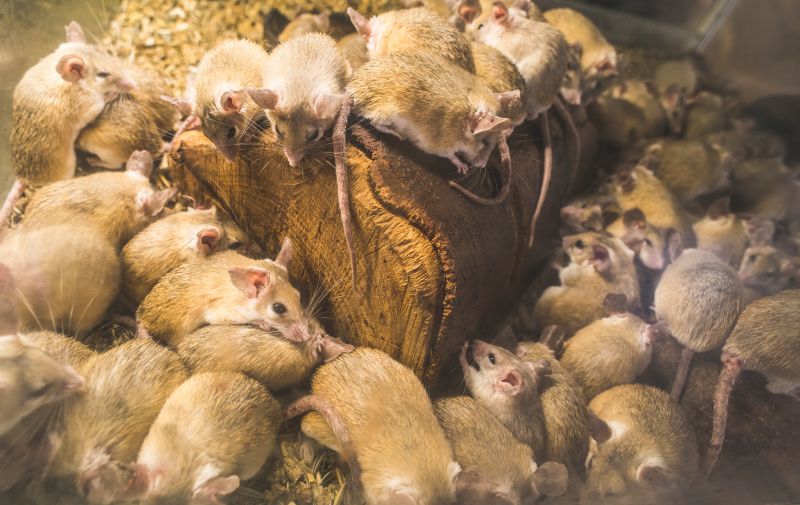 Mice will eat plants and cereal, but depending on the situation they might even eat anything they can. Also, a single mouse female can breed up to 8 different litter and each litter will have 5-6 babies. Their lifetime is roughly a year to a year and a half.

Rats on the other hand will also eat anything, but they specialize in meat and fresh grain. A female rat will have up to 7 litters and each one with roughly 12 rats. With that being said, rats dig under buildings, debris and so on. They burrow often, unlike mice that rarely do that.

Another thing to note about rats is that they can easily enter buildings, even through small holes. It’s a testament to their speed, power and precision, which is unlike anything else that you might be able to find out there.

Generally, mice are afraid of rats and they also have a musky odor. What some don’t know is that mice are colorblind, yet the other senses are better. You can find them either indoors and outdoors. Rats are also nocturnal and barely see well. However, unlike mice, rats are larger. You can find rats in the lower floors of the building, with the roof rats living on the upper floors. During the winter coming, the positioning might change.

Whether you have mice or rats in your building, you need to get rid of them as quickly as possible. They can transfer all kinds of infections and diseases to humans, which is extremely problematic. Making sure that you stay safe and prevent any issues is crucial, and that’s why you need to do everything in your power here to achieve the best results. Use that as an advantage, call a professional to eliminate mice and rats, then results can be great.